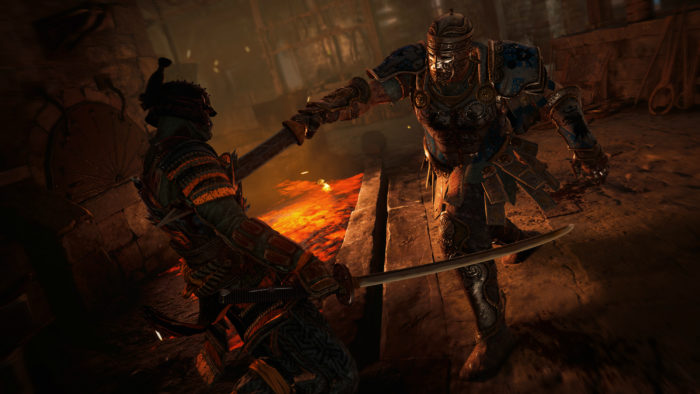 Ubisoft’s medieval combat brawler For Honor is getting an update for the start of its second season, adding on two new characters and maps. The company announced the update on the Ubiblog, where they revealed the two deadly new warriors, the Shinobi and Centurion.

The Centurion, featured above, is a close-range fighter and Knight hybrid that uses a Gladius to decimate enemies. Meanwhile the Shinboi is a Samurai Assassins that moves stealthily, and uses a Kusarigama to attack from range. You can see a sneak peak of both in the trailer down below. Both characters will be available to Season Pass holders starting on May 16, and everyone else can purchase them with Steel starting on May 23.

Additionally, two new maps titled Forge and Temple Garden will hit For Honor at the start of the Second Season as well. These will be made available to all players for free, at the start of the season. An update will also be launched that increases the maximum gear score, adjusts the balance of the entire gear stat system, and introduces a new Epic level of gear rarity. The start of the second season will also kick off the Faction War again, which the Vikings dominated in the first season.

Finally the 1.06 update that hit For Honor on PC, will soon be making its way to consoles. This update improves network stability, and tweaks some issues with hero balancing.

What do you think if the new heroes coming to For Honor? Will you be picking them up? Let us know in the comments.