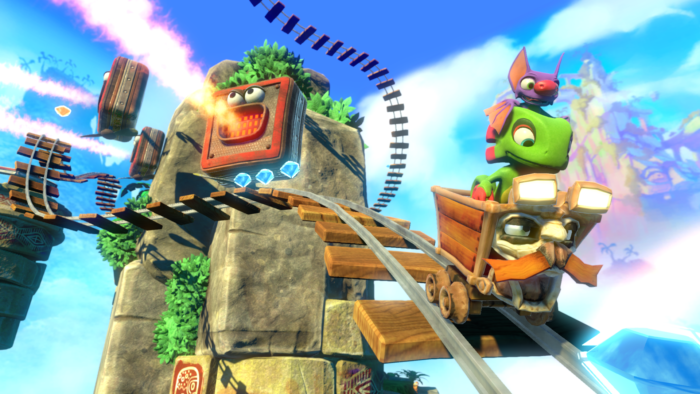 The spiritual successor to Banjo-Kazooie, Yooka-Laylee, will finally be releasing in two weeks. One fan of the game just couldn’t contain his excitement and wait the two weeks, so he decided to take it upon himself to create a fan-made 2D version of the game on the Super Nintendo. Twitter user @DvonLaser has managed to put the duo on an actual working SNES cartridge.

It seems that the developers behind Yooka-Laylee over at Playtonic Games have received a copy of the 2D recreation and have patted @DvonLaser on the back for his hard work, and also for just being a fan of Playtonic’s new title.

The fan bar has been raised: @DvonLaser sent us an actual, working version of #YookaLaylee for SNEShttps://t.co/Rcp4hmIbng

DvonLaser has only shown those 40 seconds or so of footage, so there’s no indication whether or not this is a fully realized game or not. It’s always a treat to see developers praising projects like this instead of just shutting them down.

Yooka-Laylee is due on April 11 for Xbox One, PC, PlayStation 4, and on the Switch sometime later this year.