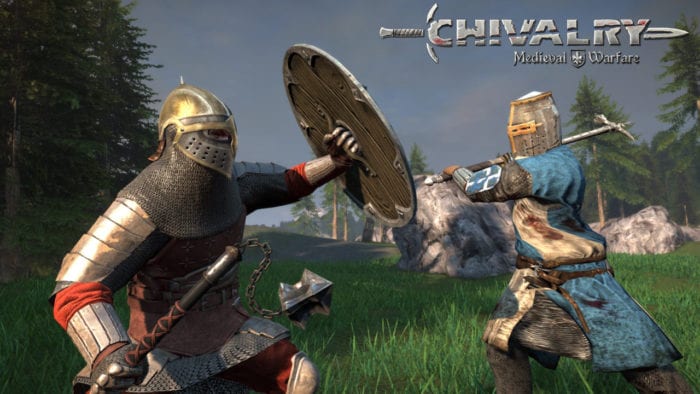 Described as a first-person-slasher, Chivalry: Medieval Warfare is a medieval-themed combat game. Instead of the typical guns and grenades seen in modern combat games, Chivalry arms players with swords, shields, and bows. The game first launched in 2012 on PC. Its success prompted the developers to port the game to PlayStation 3 and Xbox 360. More recently, the game made a jump to PlayStation 4 and Xbox One.

While comparable to Ubisoft’s For Honor, Chivalry features a much wider 32-player match. While nearly 5 years old, Chivalry still boasts an active and loyal player base. To promote the creators’ upcoming Mirage: Arcane Warfare, which is like Chivalry, but taking on a fantasy theme and feature magic, Chivalry will be available for free for one whole day for PC. Adding the game to your Steam account will allow you to keep and play the game forever:

Add Chivalry: Medieval Warfare to your account and play for FREE starting now until March 28th at 10AM Pacific Time! Once you add the game it will remain in your account after the free period, so don’t miss out on this opportunity to play this first-person multiplayer slasher.

By owning Chivalry, you will be granted a 10% discount for Arcane’s pre-order, which includes beta access, along with an additional key for a friend.