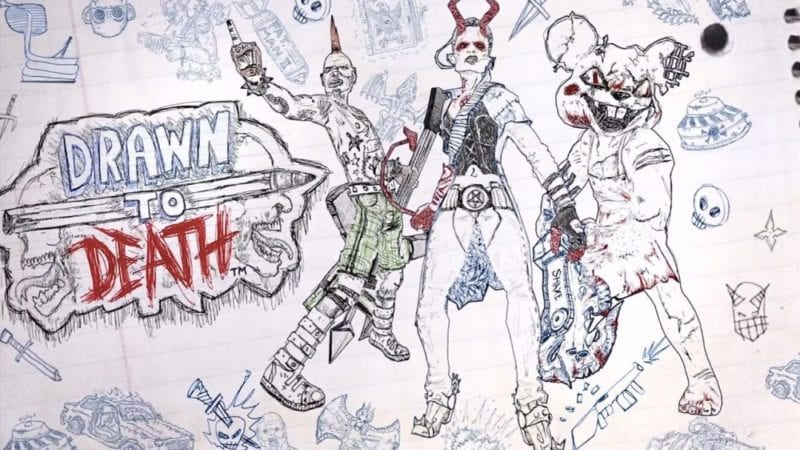 The remainder of the free PlayStation Plus games for April have been revealed after Drawn to Death was announced as one of the titles a couple of weeks ago.

It was confirmed that Drawn to Death would be free for PlayStation Plus subscribers when David Jaffe, the game’s director, revealed the release date. Now, Sony has disclosed the other five titles to be free next month via a post on the PlayStation Blog. The full line-up is:

According to the blog post, “Drawn To Death challenges the shooter genre with unconventional gameplay mechanics that bring this third-person shooter/brawler to life. The game takes place entirely inside the pages of a high school kid’s notebook where hand-drawn characters and levels come to life.”

The other big PlayStation 4 title is Lovers in a Dangerous Spacetime, which sees you “pilot a neon battleship through a colorful galaxy by yourself or with up to three others. Through teamwork, triumph over the evil forces of Anti-Love, rescue kidnapped space-bunnies, and avoid a vacuumy demise.”

You now have less than one week to download March’s free titles, including Disc Jam and Tearaway Unfolded. Make sure you add the games to your library so that you can download them at a later date.

April’s games will be available April 4.