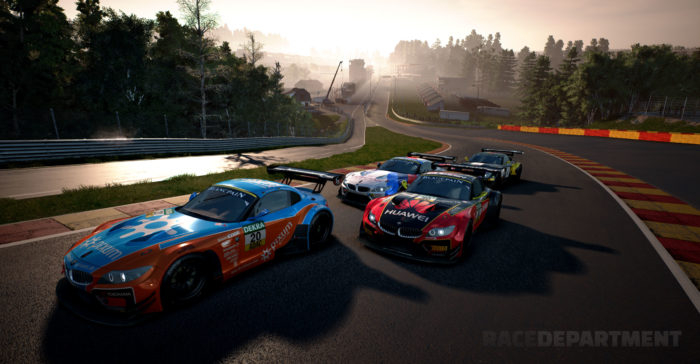 The newly formed studio Simbin Studios UK is going to be working with Sector3 to bring a new instalment of the celebrated GTR franchise out for PS4, Xbox One, and PC next year.

Racedepartment.com made the announcement on its forum after a visit to Simbin Studios UK in which studio head Allan Speed and his brother, Sector3 CEO Chris Speed, went into details about GTR 3. (The Speed brothers couldn’t be more perfect, could it?)

The game will run in Unreal Engine 4, and will cater to both the hardcore racing fans – who prefer simulation style play – and the more casual player. Allan Speed said of the new direction:

“It will be proper simulation but for the console version the casual user is just as important. At some point RaceRoom will switch over to the technology we are creating and we’ll just take that a different route, as in simulation with support for both console and PC.”

RaceRoom was the last game developed by Sector3. Released in 2013, it was a simulation racing game with a home only on PC. Chris Speed had this to say about the GTR 3’s new direction:

“I think another point we need to take note of is, whilst the PC community would love this hard core simulation thing which is fine, as Allan said there is a console community that aren’t going to fully adhere to that. The product at the end of the day needs to appeal to both sides, hardcore racer as well as the casual gamer. A game that does that really really well is Formula One. I can have fantastic fun in the simulator on PC and I can have just as much fun as a casual gamer on a console. They do it really well. I’m not saying that’s something we are going to follow completely, I’m just saying that they’ve done it and it’s possible… The best way to put it is neither side will be forgotten.

The original Simbin studio closed and was brought back as Sector3; Simbin UK formed last year and is now a part of Sector3, working with Sector 3 on GTR3 – a project which has been in the pipeline for a number of years.

This will come as very good news to racing fans, as GTR 2 is one of the most revered, and critically acclaimed racing simulators of the last decade.