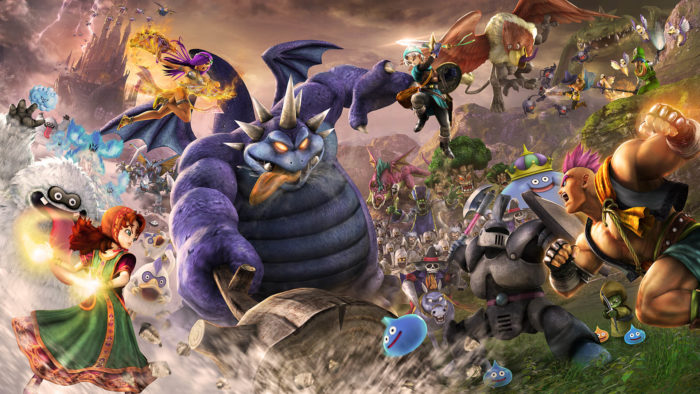 Square Enix has announced that the upcoming Musou-style game developed by Omega Force, Dragon Quest Heroes II, will also be making its way to PC. The title will be coming via Steam on the same day as PS4 in North America, Apr. 25. In celebration of the announcement a new overview trailer was released, which you can see down below.

In addition, a new “Explorer’s Edition” has been announced for the PS4 version of the game. This essentially functions as a Day One Edition, and comes with a special reversible cover and 15 powerful weapons that will be added via DLC.

Dragon Quest Heroes II has you put together a party of four character, from both customizable new characters and well known series heroes. You’ll explore an expansive world with your party, put together from interconnected environments. Besides the two player characters, cousins named Lazarel and Teresa, there are 14 characters from across the Dragon Quest series featured in the game. The title will even allow you to team up with three other friends for online co-op. Here’s a quick rundown of the story, “After a thousand years of peace, the Seven Realms suddenly collapse into conflict as if guided by a mysterious and malicious force. Now, you must lead a band of powerful heroes in a quest to defeat evil and save the war-torn world.”

Dragon Quest Heroes II will launch on April 25 for PlayStation 4 and PC, and on April 28 in Europe. The game is also scheduled to be release on Nintendo Switch along with the first Dragon Quest Heroes, although we don’t have a firm release date for the system.