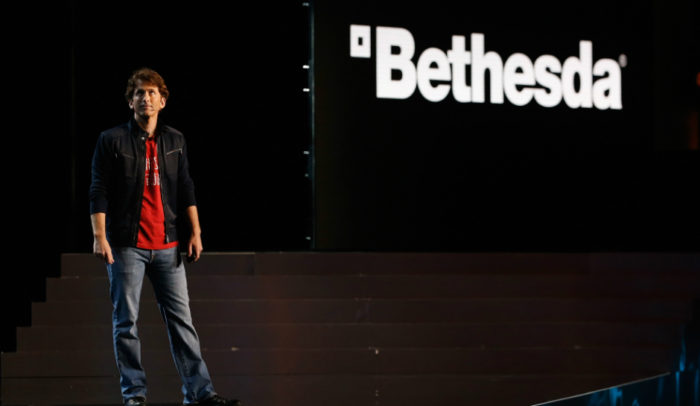 While a lot of fans desperately await the newest entry in the massively popular Elder Scrolls franchise, it seems that Bethesda is currently focusing the bulk of their efforts elsewhere.

In a recent interview with Glixel, Todd Howard, executive producer at Bethesda Game Studios, stated that the studio had three large projects in the works. Two of these projects are along the lines of classic Bethesda games, but much larger and more ambitious than anything the studio has ever worked on.

He said: “I can’t talk a lot about them, but I can say that they’re bigger than anything we’ve ever done. They’re a bit different, but definitely in the wheelhouse that people are used to from us.”

The third project that the studio is working on is a mobile game. According to Todd Howard, he has learned a lot from making Fallout Shelter, and that the game’s success was a huge surprise for the studio.

“The one takeaway was that the game is somewhat unique, so for the thing we’re doing next we wanted to continue to do that. We need to not look too hard at what’s working well for other people.”

Todd Howard wouldn’t give a whole lot of other information about these three projects, and remained mostly vague when talking about them. And while we have no idea what these games could actually be as of now, we may learn more come E3 2017.