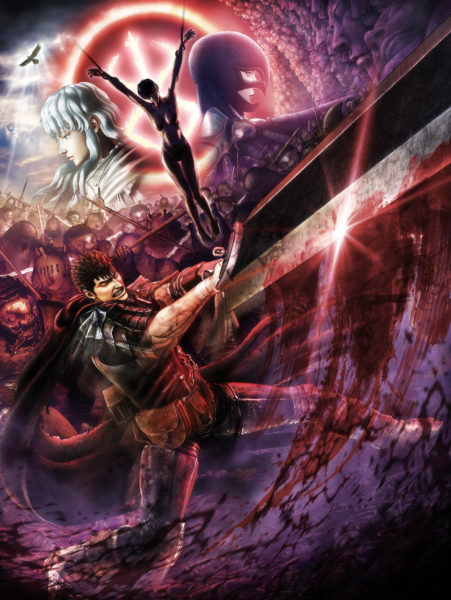 Koei Tecmo today launched Berserk And The Band Of The Hawk, its latest hack-and-slash action game, developed by Omega Force (Attack on Titan, Dynasty Warriors). The game is based on the popular manga series of the same name.

Its release also debuts a brand new launch trailer, showcasing some of the developer’s signature one-versus-a-thousand combat, similar to Dynasty Warriors. Check it out:

The mechanics of the game’s combat system is likely to feel familiar to fans of the Dynasty Warriors franchise. Although, Koei Tecmo’s press release makes special mention of Berserk’s more weighted and slightly more measured combat system, in comparison to Dynasty Warrior’s more arcade-like approach. Beserk’s characters each possess unique special abilities and mechanics such as Magic and Transformations, too, adding further depth to gameplay.

Berserk features an alternative game mode called Endless Eclipse Mode, where players battle waves of enemies. Aside from offering a respite from the main story, the new mode is designed to better equip players to tackle the main game mode.

Koei Tecmo stated in its press release that “Fans of either series and newcomers alike will enjoy a gripping, action-packed adventure”

The manga the game is based on has been running since 1989, and has been receiving an American localization from comic book publisher Dark Horse, and it received its first anime adaptation back in 1997.