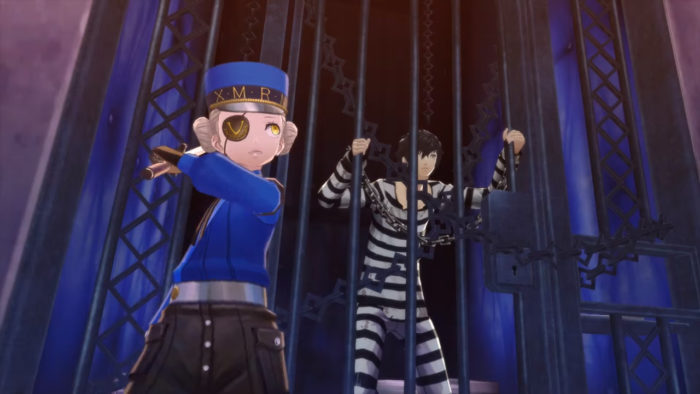 The Velvet Room is a critically important location that’s appeared in every single Persona game. The blue-tinged room takes a different form every time; it was a grand room with a high ceiling in Persona 3, it took the form of the inside of a limo in Persona 4, and in Persona 5 it’s themed after a prison room. A new trailer released by Atlus today, gives us a new look at the Velvet Room, and what you’ll be using it for. The mysterious bald-headed Igor makes a return, along with two new assistants, the twins Caroline and Justine.

The trailer starts off with the twins telling the protagonist “The you in reality is currently fast asleep, you are only experiencing this as a dream.” The prison aesthetic in turn represents how Persona 5’s protagonist is a prisoner of fate. We see a bit of how you’ll strengthen your Personas with fusion and transforming.

Fusion works a bit differently this time around, as you’ll actually be executing your Personas to make a new one, gruesome new animation and all. You can sacrifice any Persona you don’t need to strengthen another, and putting one on lockdown decreases its elemental weaknesses. On top of that, you can even put a Persona in an electric chair to turn it into items and equipment. Take a look at the full trailer below.

Persona 5 launches on April 4, for PS4 and PS3. Take a look at 11 minutes of English gameplay while you’re at it, and you can also check out a quick soundtrack sample.

Are you getting excited for Persona 5? Which version of the Velvet Room is your favorite? Let us know down in the comments.