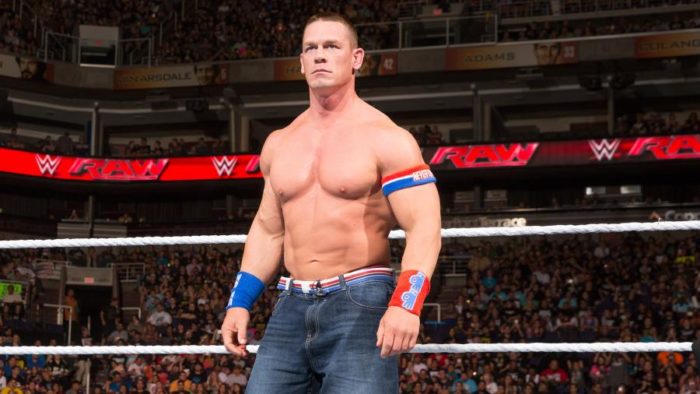 Nintendo of America is taking the Switch on a national tour with the help from none other than the famous wrestler, John Cena. The company is planning on putting up interactive “living room” experiences around specific locations. Nintendo is bringing the Switch pop-up demo’s to California, Colorado, and New York City.

To showcase this unprecedented new style of console gaming on the go, Nintendo is showcasing the versatility of Nintendo Switch across the country with highly visual, interactive living room-inspired spaces in places you would never expect, bringing surprises to every stop. The first Nintendo Switch experience will pop up in the desert at Blue Cloud Movie Ranch on Feb. 23. Invited guests will get the chance to enter the interactive space and experience different Nintendo Switch games, as well as delight in the novelty of playing these games in a completely unexpected locale.

To make the first stop even more exciting, John Cena will be the special guest at this location. As a WWE Superstar and actor who is as versatile as the Nintendo Switch console itself, the performer (and Nintendo fan) Cena is the perfect person to kick off this unique tour. Known for his charisma and family-friendly appeal, John Cena will showcase the face-to-face off-TV functionality of 1-2-Switch, a Nintendo Switch launch game that features hilarious activities like milking a cow and participating in a Wild West duel. Cena will play the game with invited fans and YouTube influencers, highlighting how fun it is to play 1-2-Switch using the innovative new Joy-Con controllers.

The second Nintendo Switch experience will pop up in Aspen, Colorado, on Feb. 27 at the popular Snowmass ski resort. Again, the unexpected location highlights that Nintendo Switch games can be played anywhere – even somewhere as remote as the side of a snowy mountain!

The final stop on the Nintendo Switch journey will be in Madison Square Park in New York on launch day, March 3. Surrounded by excited fans and curious onlookers, the event will kick off a new era in Nintendo gaming. Two famous (and super) brothers named Mario and Luigi will also attend the final event to celebrate launch day.

The specific times and locations for each event are as follows:

If you can manage to get to one of these events, make sure to take lots of pictures because these pop-up demo stations will surely look really cool.