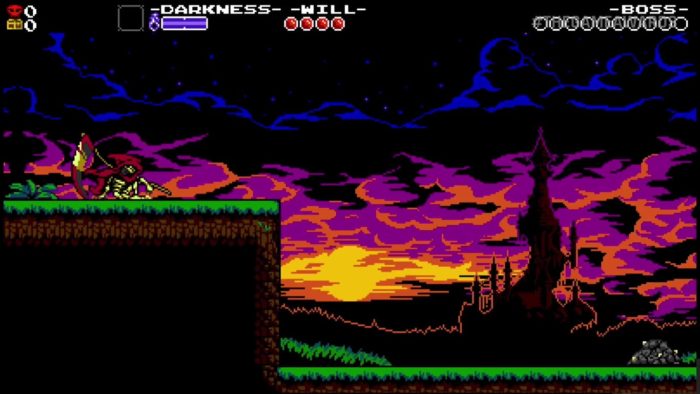 Yacht Club Games has been hard at work on Shovel Knight: Specter of Torment, and it won’t be too long before we get to play it. Today, they confirmed that the new campaign would arrive this April for all systems. Unless you own a Nintendo Switch, in which case, it’ll arrive there first during the system’s launch window.

Along with the new Shovel Knight campaign comes some extra bells and whistles thrown in. Yacht Club has already said that Body Swap mode and local two player co-op are being included via updates. In addition, there’ll also be a Sound Test mode that’ll let players listen to the game’s soundtrack from every campaign, including Plague of Shadows and Specter of Torment.

Finally, there’s Shovel Knight: Treasure Trove. With this, you’ll be able to purchase each of the three campaigns–Shovel of Hope (the base game), Plague of Shadows, and Shovel of Torment–separately as their own standalone games. If you own the original game already, you’ll already have access to Treasure Trove and get each free campaign and feature through updates. When the four player Battle Mode and King’s Knight campaign arrive later this year, they’ll be delivered as free updates for Treasure Trove.