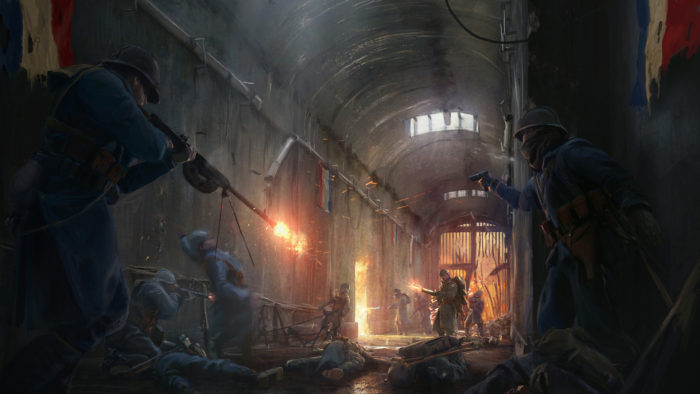 Battlefield 1 has had some fun custom games put out since its release in October, but now it’s time for some meaty DLC. Thankfully, DICE is ready to indulge you on that front with the first expansion, They Shall Not Pass. Currently, they don’t have much to say on the DLC beyond that, though they have released some images to show the design vision they’re going for. (No wizards were harmed in the making of this art.)

Just as with any DLC, the Battlefield 1 expansion will release with new maps, vehicles, weapons, and plenty more for players to sink their teeth into when it releases in March. According to DICE, it’ll “truly expand the theater of all-out war”. Going off the images above, it’s not going to be pretty for the players when it releases.

For those who buy the Battlefield 1 season pass, you’ll get it two weeks early before it releases to the masses. There’s more to come about They Shall Not Pass, like a release date, and we’ll let you know when the information comes.