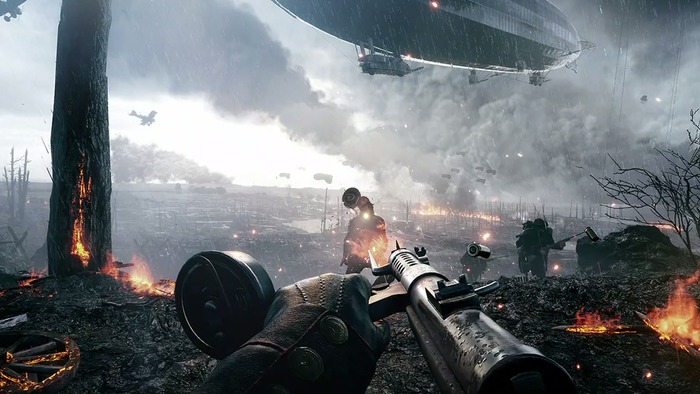 DICE has revealed its plans for Battlefield 1, and has outlined what’s to come later this month, and in February.

There is a new Custom Game called Bleed Out, which is set to arrive on Jan. 18. On the official Battlefield 1 blog, DICE went into detail on the new mode:

“On January 18 we’re going live with Bleed Out, a custom version of Rush where downed enemy soldiers respawn faster than usual and regenerative health is turned off.”

Next month there will be a new update for the game, and DICE hasn’t revealed anything specific about what that may be:

“In February we’ll roll out a new update for Battlefield 1 with gameplay improvements based on our constant testing and the feedback from you, the community. Expect more details and full update notes to be revealed in the near future.”

Finally, DICE teased what’s to come later down the line in March with the They Shall Not Pass expansion. Aside from the four new maps that the developer has confirmed, little is known about the content of the expansion beyond the concept art we’ve already seen.