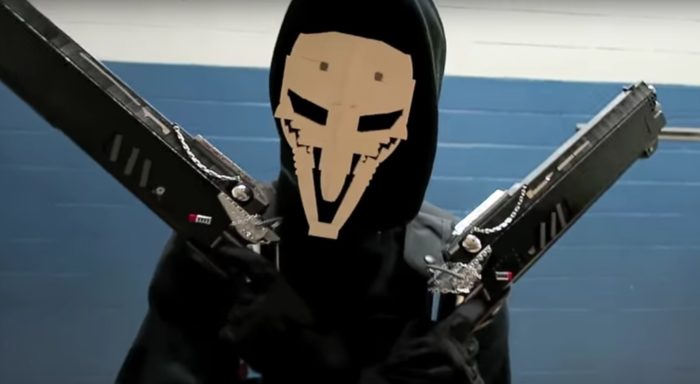 With over a million subscribers, YouTube channel ZaziNombies Lego Creations masterfully fashions gaming-related weapons and items entirely out of Lego.

Obviously fans of Overwatch, ZaziNombies Lego Creations has spent some time recreating numerous different weapons from the shooter. Most recently, they built Reaper’s dual-wielded Hellfire Shotguns (and his mask too!) with extremely impressive detail.

With approximately 550 pieces used for each shotgun, they included special chrome-dipped Lego blocks to give it a metallic finish. Other Overwatch creations include Tracer’s Pulse Pistols, Winston’s Tesla Cannon, Roadhog’s Scrap Gun, and many more.

Past master-builds include dozens of different Pokemon, tons of weapons and items from the Legend of Zelda series, and even a Pip-Boy from Fallout 3. Its hard not to mistakenly spend a few hours on this channel.

At the end of the Reaper video, the channel promises that if they are able to acquire 10,000 likes, they will make a life-sized (yes, life-sized) Lego version of Torbjorn’s turret. So please, go like this video because we would all want to see that happen.