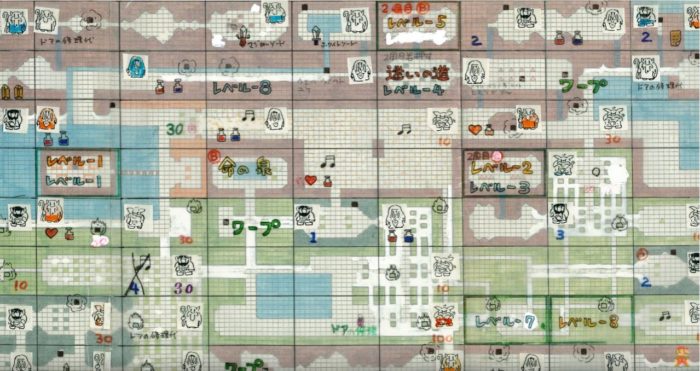 When Nintendo released the original Legend of Zelda in 1986, there wasn’t much else like it out there. A sprawling, open-world action-adventure console game that allowed you to save your progress so you could come back later and pick up where you left off was just not something gamers were used to back then.

So how did Nintendo come up with the seminal title that spawned one of the longest-running and most beloved series in gaming? Well, Shigeru Miyamoto and Takashi Tezuka started by hand-drawing concepts like the game’s overworld map, seen pictured above and in the video below.

Tezuka, who co-directed the game alongside Miyamoto, drew the above map, which looks remarkably similar to the version that made it into the final game. Head over to Nintendo UK for a look at a number of other hand drawings from the duo that inspired dungeon and overworld locales and even an old wise man cave.