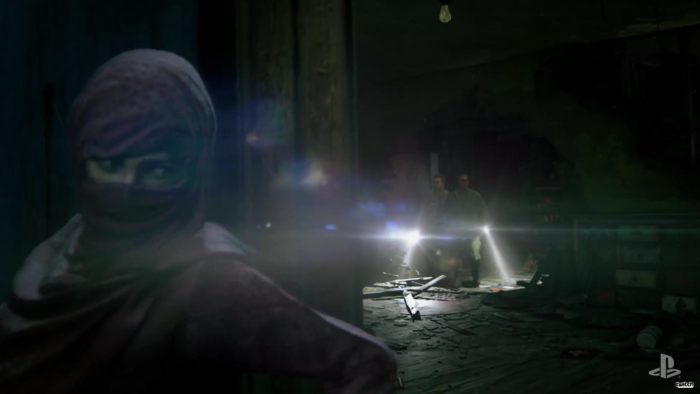 Uncharted: The Lost Legacy was announced today at the PlayStation Experience 2016.

The new game kicked off the show with a long trailer featuring Chloe Frazer and Nadine Ross in an unidentifiable Middle Eastern village. According to developer Naughty Dog on Twitter, this will be a “new standalone story chapter” said to be shorter than the base game, but longer than Last of Us: Left Behind. You can check out the trailer below.

The adventure will put Chloe and Nadien in India in search of an ancient tusk said to be hidden. Though the two women are working together, it won’t be easy; at the game’s panel, Chloe’s actress Claudia Black said that her character a “lone gun” who doesn’t like to play with others. Because Chloe is part Indian, her connection to the region will be a big part of the story.