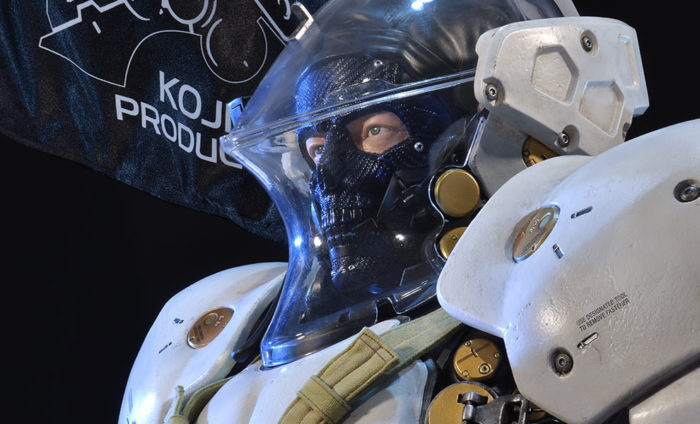 Hideo Kojima fans better not have blown all their money on holiday gifts and sales, because they’re going to need the green to afford what is likely the most extravagant symbol of their fandom available.

Sideshow Collectibles is now offering pre-orders on half-scale Ludens statues (also sometimes known as Ludence), the mascot of Kojima Productions studio. The nearly 63-inch statue isn’t cheap, though: it’s available for $1,999.99 via a single payment or spread out over nine monthly installments.

For your nearly two grand, you’ll get Ludens sporting his signature “extra-vehicular activity (EVA) creative suit” with a Kojima Productions flag in his right hand. Ludens’ helmet also features light-up functionality, and the mascot rests on a base of “uncharted lunar ground.”

Interested Kojima fans will likely have to act quickly, as the statues will be created in a limited run of just 150. Each unit will be signed by Hideo Kojima himself.

Don’t expect to receive a Ludens statue any time soon even if you order right now, though. Sideshow won’t start shipping them until sometime between January and March of 2018.

Ludens was initially revealed just over a year ago when alongside a flag showing the character, the Kojima Productions website posted “We are Homo Ludens. We are those who play.” The mascot’s full face was then shown for the first time this past June.