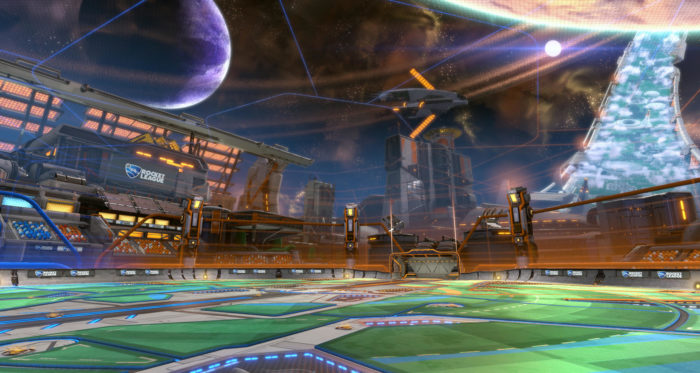 Psyonix announced a huge update for Rocket League at The Game Awards 2016 tonight. Named “Starbase ARC,” the update adds a free space-themed arena that was inspired by one of their previous games, ARC Squadron, and premium battle-car Vulcan for $1.99. Check out the announcement trailer below.

A few of the battle-cars will be getting a makeover with the new update, including X-Devil and Gizmo. The two cars will get “streamlined new bodies and an artistic recharge to their original Decals,” but will keep the same handling and hit-boxes as before. In addition, Wasteland and Utopia Coliseum will be receiving new variants with a night version and snowy version, respectively.

The update will be available for Xbox One, PlayStation 4, and PC owners on Dec. 7.