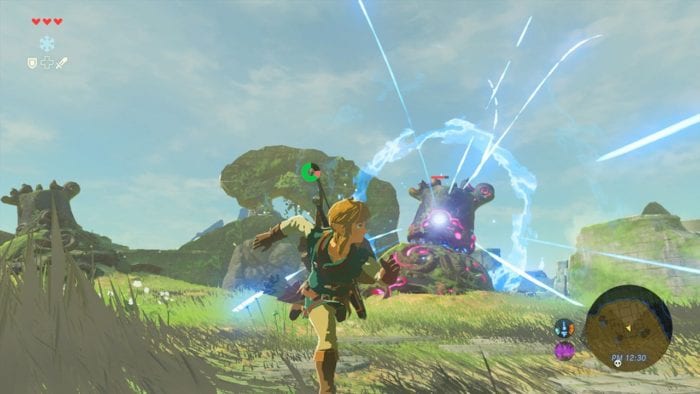 UPDATE: The Breath of the Wild gameplay video is live, and we’ve included it below.

Before The Game Awards kicked off proper, we got a glimpse at The Legend of Zelda: Breath of the Wild. It was a pretty short video, but it did give us a look at some of the new environments featured in the game. The video showed off beautiful green fields, a quick look at Link, and just the world in general.

Of course, Nintendo will have even more to show off later on in the show, so we’ll be sure to keep you updated on any new info we get from tonight’s premiere. The short gameplay video shown in the pre-show segment will be posted here later on once it goes live, so be sure to check back soon.

The Legend of Zelda: Breath of the Wild is set to be released for the Wii U and Nintendo Switch some time in 2017.