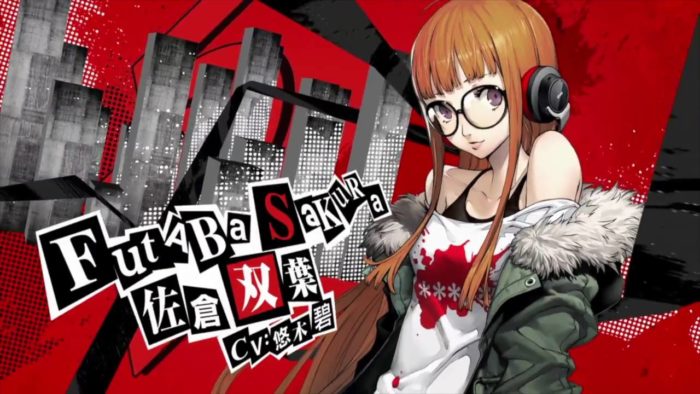 Another Persona 5 character trailer has been released as hype continues to built towards the game’s Western release in the spring.

The latest trailer focuses on Futaba, the groups resident hacker. In typical persona fashion, the trailer is a mix of anime cutscenes and in-game action. When she’s acting as a member of the Phantom Thieves she sports a large set of goggles, which likely help her interact with the game world more directly. She isn’t actually an active member of the party, instead helping out from the sidelines, much like Teddy initially did in Persona 4.

Persona 5 has a similar premise to other games in the series with an all-new cast of characters and brand new locales. The group of high-school students that are the stars of the game come into contact with a mysterious alternate world and gain the ability to summon deadly creatures known as personas. They use these newfound abilities to moonlight as supernatural thieves, creating a unique cast of anti-heroes.

The gameplay will be classic turn-based JRPG action, with each character having access to deadly weapons and devastating abilities bestowed upon them by their personas. The series’ trademark anime style is intact for the fifth entry, giving every aspect of gameplay a gorgeous aesthetic.

The game’s western release was recently delayed. It was originally set to release on February 14 but will now release on April 4, 2017, exclusively for PS3 and PS4.