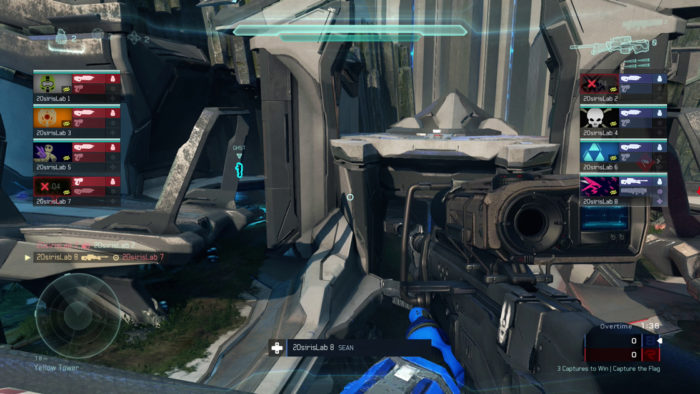 The biggest addition to the update is a custom games browser that works across Halo 5: Guardians on Xbox One and Halo 5: Forge on Windows 10 PC, released last September. The browser enables players to join already in-progress custom games and search by map or mode.

Halo 5: Forge allowed PC players to create maps to use and play in both games for free, but could only invite friends to play on those maps. According to the developer, “players now have access to the entire Halo 5: Forge and Arena multiplayer experience on Windows 10.”

A Voices of War REQ Pack is coming with the update and available to purchase for $9.99. It cannot be bought with in-game credits. The pack contains three character voiceovers that replace the default announcer for Arena and Warzone matches with commentary featuring Spartan Buck, 031 Exuberant Witness, and Yabda the Merciless.

In addition, Gold REQ packs can now be gifted to other players for $2.99 per pack. Every player will receive a free REQ pack on Thursday that cannot be opened and must be gifted to another player.

343 Industries teased that more information on the Monitor’s Bounty update and changes to Forge, Canon Fodder, Warzone, and Arena matchmaking playlists will be coming tomorrow.