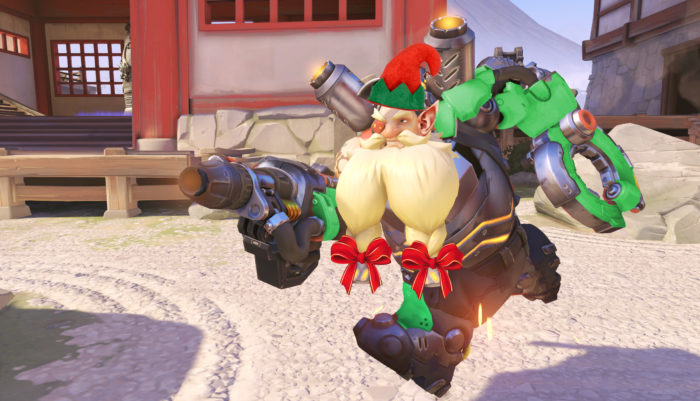 For many, the holiday events that take place within the Overwatch world are entertaining additions that add more variety to the gameplay. For those who remember, the first holiday event was focused around the Summer Olympics and featured the 3v3 game mode known as Lucioball. Following this was the game’s first cooperative experience known as Junkenstein’s Revenge. Both of these brought a plethora of new skins, emotes, sprays, and even some highlight intros to equip. Now with the winter holiday season in full swing, Blizzard has just announced that another timed event is on its way, filled with snow, Christmas references, and plenty of cheer. But when does the event start?

Scheduled to start on December 13, the Overwatch Winter event will feature a snowy version of the Payload map Kingsrow. Given most, if not all of Blizzard’s updates hit on Tuesday this isn’t a huge surprise. However, in terms of what time it will actually become available, players should expect the Overwatch Holiday event to drop around 1 PM EST. Most of their updates take place in the early afternoon, so we don’t expect this one to be any different.

There was also some possible information leaked by dataminers that showcased which characters would get content. This has yet to be confirmed, of course, however it does line up with the previous models for Blizzard’s other events.

For those looking to make the most of their Overwatch Winter Holiday Event make sure to start saving your coins up now, as these items usually cost a pretty penny. Since the Junkenstein skins and emotes were triple in price of their base cost, it will run you a lot of gold coins if you plan on buying them all. Now all we can do is speculate as to what new game mode Blizzard will be introducing this time.