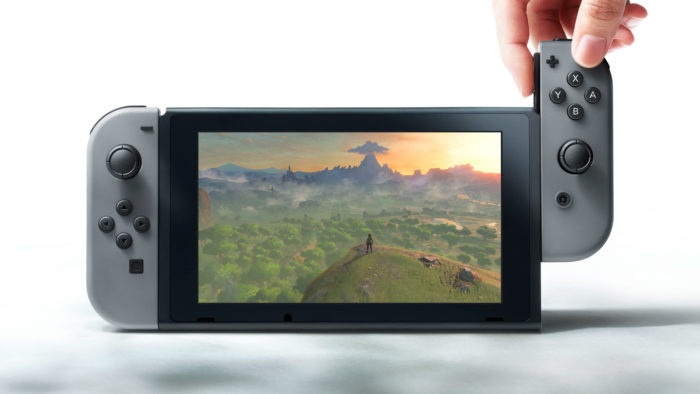 The latest set of patents from gaming giant Nintendo hint at currently unannounced VR functionality for the company’s upcoming mobile-console hybrid, the Switch. First spotted by user Rösti of NeoGAF, the device in the patents is referred to as a “HMD,” or head mounted display. The device is seemingly in the vein of other lower-budget phone-based virtual reality systems, like Samsung’s VR or, most recently, Google’s VR system. Though, instead of inserting a phone into the VR headset, the Switch itself can be attached.

While companies have been known to patent any number of devices that never see the light of day, VR capability seems at least reasonable for the Switch, as it is likely to be more powerful than the mobile phones that already power VR headsets (though, of course, specifics on the Switch’s hardware capabilities are forthcoming).

Going on to describe additional functionality, the patent indicates the Joycon controllers would be able to be used in conjunction with the headset, but the patent offers no specifics on how they would used, like in a traditional controller capacity or as motion controllers.

It’s important to note, however, that while these patents were published today, December 15, they were filed on June 10. While Nintendo President Tatsumi Kimishima has promised an array of accessories for the Switch, whether virtual reality functionality will actually come to the device remains to be seen, and how the device’s hardware and development have changed since June is similarly unknown.