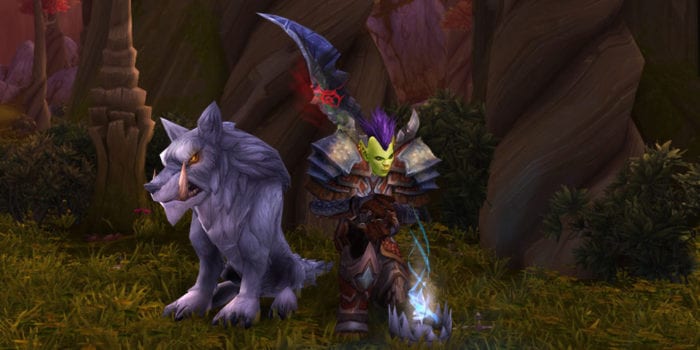 Today’s World of Warcraft panel at BlizzCon went in-depth on changes players can expect in the upcoming patch 7.1.5, one being increased talent and skill diversification.

The current talent trees, across all classes, aren’t perfect. There are still skills that are almost never desirable, or others that are just too strong to pass up. According to Game Director Ion Hazzikostas, the next update will work to make all talents worthy. Some choices will be tweaked, others will be completely redesigned, and some are so popular that they may be incorporated into the class’s kit.

Similarly, the team is looking to bring back some of the skills that have been pruned out over the years. Traps are vital to feeling like a Hunter, Hazzikostas said, and so they shouldn’t be limited to the Survival tree as they are now. Though certain tools will be more prominent in different specializations, the new ideology is that classes should have at least situational access to these abilities, because what Hunter doesn’t like traps.

On top of all that, Blizzard will be taking a look at the overall flow of skill rotations across classes. More info to come, but as of now, they’re hoping to improve the “feel” of ability lineups.

Patch 7.1.5 doesn’t have an official date yet, though it will be hitting the PTR soon after BlizzCon. Until then, stay tuned to Twinfinite for more BlizzCon coverage.