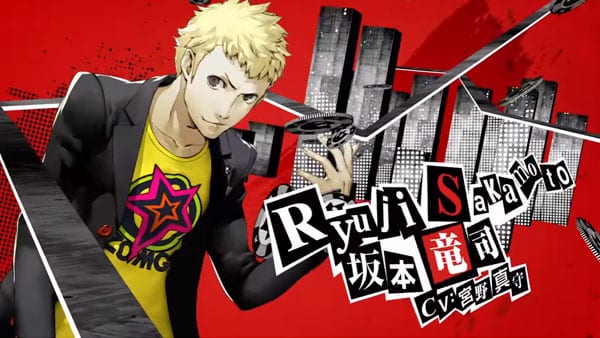 With Persona 5 just a few months away in North America, Atlus has released their latest in the series of character trailers for the game. This time around the focus in on one of the main party members, Ryuji Sakamoto, who’s got a bit of a rebellious streak. The short character trailer even starts with him stating, “Feel like we’re gonna get along just fine as troublemakers.” Ryuji’s Persona is the imposing pirate, Captain Kidd. Take a look at the trailer below.

Atlus also introduced the voice actor playing Ryuji in Persona 5, Max Mittelman, who’s probably best known for his role as the stoic Saitama from One Punch Man. You might also know him from a couple other games this year, as he played Fidel Camuze in Star Ocean: Integrity and Faithlessness as well as Hallelujah in Shin Megami Tensei IV: Apocalypse. During the interview video Mittelman says that one of his favorite parts of playing Ryuji, is the explosive anger and nature that he has and how he can relate to that. You can watch it down below.

Person 5 launches on February 14 in North America and Europe, on both PS4 and PS3. Make sure to watch the last two character trailers introducing Ann Takamaki and the Protagonist. Also, check out this cool themed cafe in Japan based off of Persona 5.