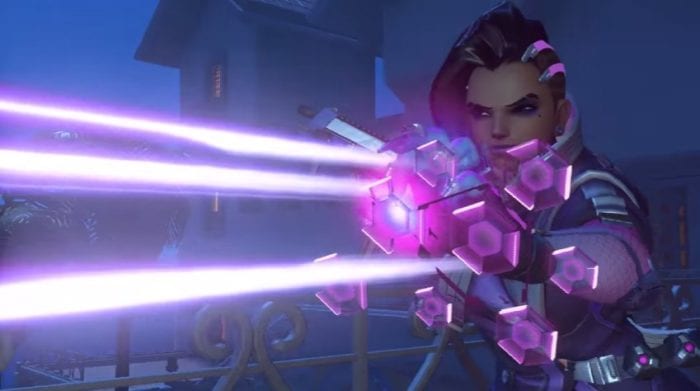 Overwatch fans across the country were thrilled when Sombra was finally announced at BlizzCon 2016 after months of teasing.

The announcement seemed to give us almost everything we needed to know about Sombra.

Her animated short revealed her spunky personality and an undeniably entertaining relationship with Reaper, who possibly could be her father.

It even confirmed that Sombra would indeed have one of the best outfits and hairstyles that Overwatch has to offer at the moment—excluding legendary skins, of course.

But it wasn’t long before we were all reminded that there was still so much left to Sombra that remains a mystery.

What is her real name?

Who actually is her father ?

Is Sombra truly who Alejandra became after she was rescued by Soldier: 76 in Dorado?

The “Origin Story: Sombra” video shared on playoverwatch.com makes it clear that this character is full of mystery, but one Overwatch fan may have already cracked the code behind this skilled hacker.

It turns out that Sombra’s past is something so unbelievable, so unpredictable and so embarrassing that it’s no wonder why Sombra wouldn’t want her true identity to leak out to the public.

Twitter user Anthony Klassen pulled back the curtains on Sombra’s true identity and it turns out that she actually used to be a Barbie Super Spy.

When you realize Sombra used to be a Barbie Super Spy…No wonder she wanted to hide her past. #sombra#overwatchpic.twitter.com/HeCZVpoJfr

While the theory seemed to be a little far fetched at first, a closer look reveals that Sombra’s days on the Barbie Spy Squad actually exposed her to the type of technology that grants invisibility.

She can even be spotted hacking in the film although it seems to be far more of a challenge for her than it is today.

So there you have it, folks.

Sombra was once a Barbie Super Spy and now she’s the hacking “boop” queen of Overwatch.