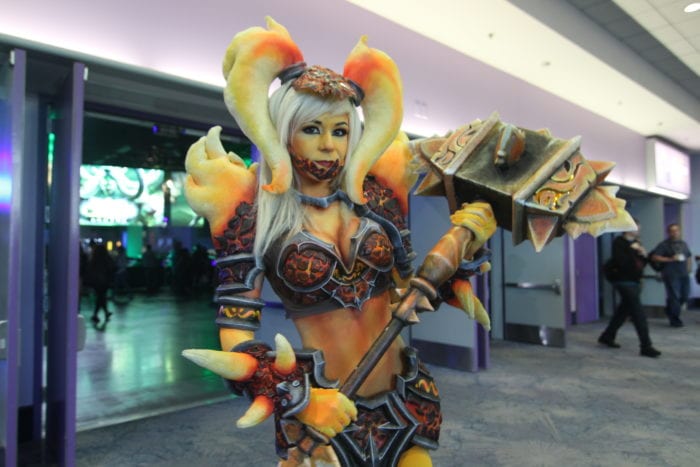 every year blizzcon comes around to fill our lives with epic blizzard cosplay, and blizzcon 2016 was no different. there were mercys, tracers, and even a sombra. there was deathwing, medivh, and so much more. every blizzard title saw some cosplay at 2016, but who’s to say which cosplay was best.

for that, we’ve gathered pictures of all the best cosplay of 2016. overwatch, world of warcraft, starcraft, heroes of the storm — you name it, and there were cosplays for it.

take a look through these pictures and tell us which is the best. was it the blood elf demon slayer? maybe the RNGesus soothsayer? maybe you were won over by the haris pilton easter egg coming to life, or blown away by the giant, shiny d.va mech. we did our best to find the best, so take a look through blizzcon and enjoy!

for more on blizzcon, from pictures to news to hands-on previews, check out all of twinfinite’s blizzcon 2016 coverage. there’s plenty to catch up on, from the announcement of sombra, to the new mean streets of gadgetzan hearthstone expansion, and even the reveal that world of warcraft legion would be taking the battle to argus in the near future. but for now, just enjoy some great cosplay.