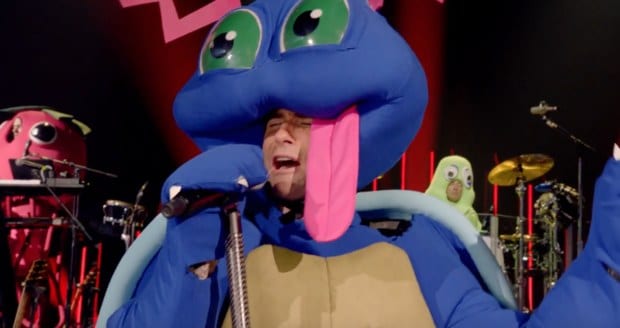 Pokemon GO is one of the craziest phenomenons that seemingly came out of nowhere this year. In fact, it’s so crazy that even the popular pop band Maroon 5 has decided to parody and satirize the game in their latest music video, “Don’t Wanna Know.” It’s, well, it’s something, all right. You can check out the music video down below.

The video features Maroon 5 lead singer Adam Levine, and other celebrities like Sarah Silverman and Vince Vaughn running around in made-up Pokemon outfits as teenagers chase them down and try to ‘capture’ them with their phones. I say that Maroon 5’s trying to parody Pokemon GO, but it’s more likely that they’re trying to convey the message that it’s difficult for celebrities to be out in public with millions of adoring fans trying to get photos with them. Or something. Either way, Levine sure does look good as a fake Squirtle wannabe insect thing.

Pokemon GO is now available on iOS and Android devices, with more updates on the way.