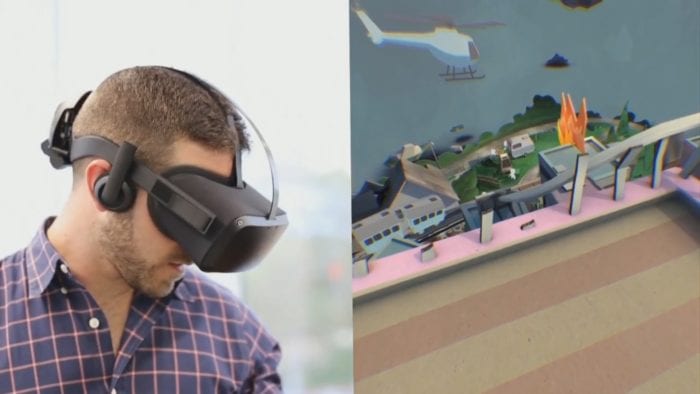 Facebook’s Mark Zuckerberg took the stage to introduce the new tech, which is still in the early stages. The headset is looking to bridge the gap between the two existing VR camps – expensive high end PC sets and low quality, mobile tech like Gear VR. From what we saw of the prototype in action, the rig looks similar to the existing Oculus Rift, replacing the wiring with a small computing system in the back. Without a PC tether, users will be able to take it out into the world, with inside-out tracking mapping their movement through it.

And that’s pretty much all we know so far. Details of pricing, dates, features, battery life – all details, really – will have to wait.

Also announced at the Connect 3 conference was Oculus’ partnership with Disney. The two companies will be teaming up to make “experiences” using Disney characters. As you may be able to tell, this was also slim on details.