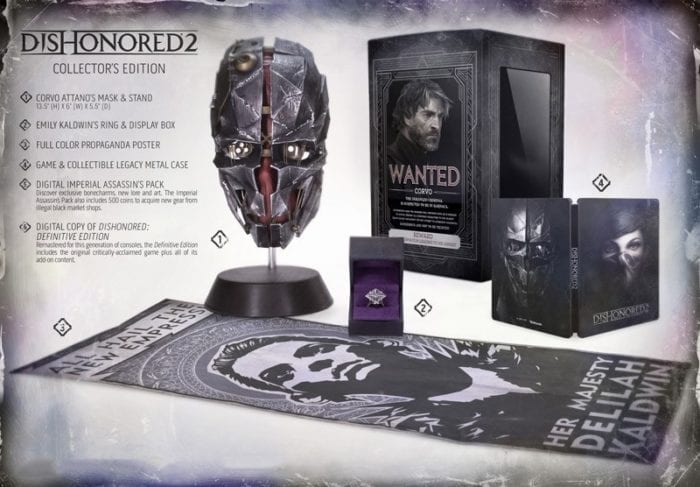 Stealth games are all about being sneaky, but sometimes, you end up getting caught and you’ll have to leg it. Unlike other stealth titles, you’ll have a good array of abilities at your disposal to escape in Dishonored 2, and this trailer shows what you can do.

As Corvo, you’ll be able to bend time for a short period of…time. You can use it to escape a fight gone wrong, or take the time to mess with your enemies so they’re in for an unpleasant surprise when things resume. He can also possess people for a while to get into places without arousing suspicion, or to gain top secret information. Should his time be up inside one body, he can use the Chain ability to transfer to another one in the nearest vicinity. And of course, there’s always his Blink ability, which now allows him to slow time while he looks for a place to teleport to. His Wall of Light power lets him reverse the polarity of objects, and he’s got a wind blast he can shoot from his hand to blow people away, literally.

Emily, meanwhile, has her Shadow Walk form, her Far Reach that functions basically as a grappling hook, and her previously seen Doppelganger ability to distract bad guys. She can use Dark Vision to look through walls and summon a Void Spirit to Mesmerize anyone she wants it to.