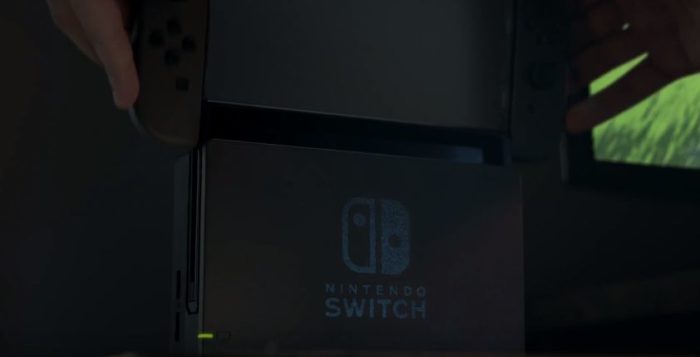 After nearly a year and a half of waiting, the last six months of which were filled with constant rumors that mostly proved to be accurate, Nintendo finally unveiled its next games console yesterday in a three-and-a-half-minute video.

The video answered a lot of questions about how the hybrid home/portable console will work, what it looks like and even seemingly confirmed a new Mario platformer and possibly a new Mario Kart game. It also left many other questions — hardware specs, launch lineup, price — unanswered. And although some tidbits have continued to trickle out, Nintendo apparently plans to wait until 2017 before it will make any game or hardware spec announcements.

Taking to Twitter yesterday evening following an interview with Nintendo President Tatsumi Kimishima, the Wall Street Journal’s Takashi Mochizuki tweeted that Nintendo had confirmed to him there would not be any official announcements on either front until the calendar flips over to next year. Mochizuki noted that the hardware silence extended to region-locking, which is interesting because the Nintendo Switch has long been rumored to be a region-free device.

Switch has already been confirmed to be running on NVIDIA technology. Specifically, the console uses a new custom NVIDIA Tegra processor that’s “Based on the same architecture as the world’s top-performing GeForce gaming graphics cards.” As opposed to the Xbox One and PlayStation 4’s PC-like x86 architecture, the Switch is powered by an ARM system-on-a-chip, which is used in smartphones and tablets.

Lacking more concrete info from NVIDIA or Nintendo, which apparently will not come until 2017, many have speculated that the console will have graphical oomph that’s similar to the NVIDIA Shield console, which is more or less like an Xbox 360 or PlayStation 3 in terms of power.

As for games, in addition to the potentially new Mario platformer and Mario Kart games, yesterday’s reveal trailer also showed The Legend of Zelda: Breath of the Wild, The Elder Scrolls V: Skyrim, and Splatoon being played on the Switch.

Of course, it has long since been clear that Breath of the Wild would release as a Switch launch game in March 2017. The Splatoon footage, meanwhile, appeared to be grabbed from the Wii U game to give viewers an example of the new console’s esports friendliness without announcing a new game. Finally, both Nintendo and Skyrim developer Bethesda Softworks have refused to confirm that the game is coming to Switch, saying instead only that Bethesda is a development partner on the console.