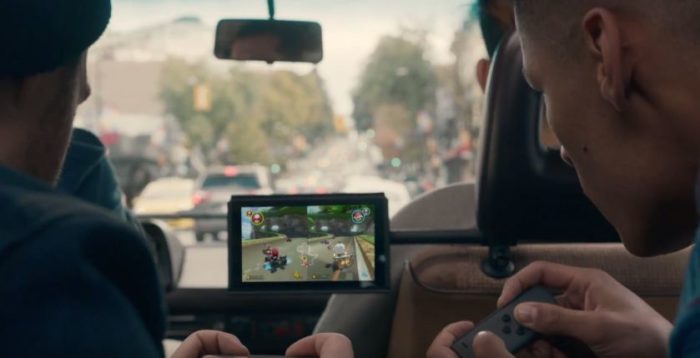 After months of teasing and talking about the elusive Nintendo NX console, the company has finally revealed it. Nintendo sent out a tweet yesterday, teasing that the console would be officially revealed in a three-minute trailer on their website. Well, the trailer’s out, and you can get your first look at the NX in the video down below.

As expected, the NX is a hybrid between a home console and a portable device. Also, it’s called the Nintendo Switch. This means that players can essentially have their games with them even when on the go. The console is set to be released in March 2017, as previously announced.

The trailer also featured a few games coming to the Nintendo Switch including, Skyrim, The Legend of Zelda: Breath of the Wild, Splatoon, and what looks like NBA 2K17. The Nintendo Switch comes with a gamepad, as well as a portable device where you can bring around a second screen, complete with its own tinier portable controllers used to continue the game.

There’s no firm release date outside of the March 2017 release window, but it’s all looking very promising so far. We’ll keep you updated as more info comes our way.