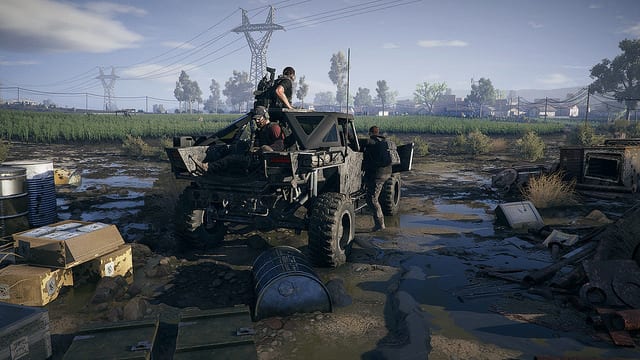 In the first part of the Meet the Ghosts series, Ubisoft detailed two members of the Ghosts in Tom Clancy’s Ghost Recon Wildlands. This legendary Elite Special Operations team is sent into Bolivia to stop the drug cartels and any connections to them. All were handpicked from different branches of the U.S. military and are considered “the best of the best.”

Anthony Perryman, aka Nomad, is the leader of the Ghost team who spent his childhood moving from one army base to another. He enlisted at age 18, became a Delta Force member, and spent three tours with counter-terrorism unit Task Force 88. His accomplishments on the field landed him a spot on the Ghost team, and was promoted to leader after a few years. Nomad is normally reserved, but vowed to stop cartel leader El Sueño after watching footage of him executing the family of a Bolivian police officer.

Dom Morretta, aka Holt, is the technology specialist of the team who grew up in a family with a military legacy. He joined the army at 18 and became a combat engineer for the Rangers. His obsession for technology earned him a position with the Ghosts. Holt is the joker of the group and, outside of missions, has caused a few drunken bar fights. Nevertheless, he remains committed to the Bolivia mission after growing up in a community plagued by drugs.

Ubisoft noted that players will be able to fully customize their own character’s appearance and equipment. The characters detailed above will act as support for missions played in single-player.