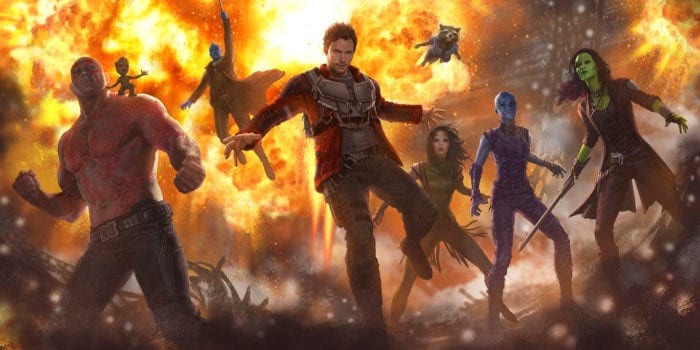 The first trailer for Marvel’s Guardians of the Galaxy Volume 2 has finally hit the internet, and there’s plenty of new stuff to ogle at.

The trailer is mostly a series of shots showing off new locales and giving us a peek at what the cast of characters will look like in the sequel.We don’t know much about what this new adventure has in store for the ragtag band of outlaws and thieves, but it looks as if they are once again the galaxy’s only hope for survival. The trailer also shows that the first movie’s sense of humor is very much intact, which is part of what made it such a success.

Not only that, but it hints at a relationship between Star-Lord and Gamora. It isn’t exactly clear if it’s blossoming or dying, though. We also get a brief look at Groot at the very end, who is still a sapling after sacrificing himself at the end of the first film.

The entire cast from the original will be reprising their roles including Chris Pratt as Star-Lord, Zoe Saldana as Gamora, Dave Bautista as Drax, and Michael Rooker as Yondu. Bradley Cooper and Vin Diesel also reprise their roles as the CGI Rocket Racoon and Groot respectively.