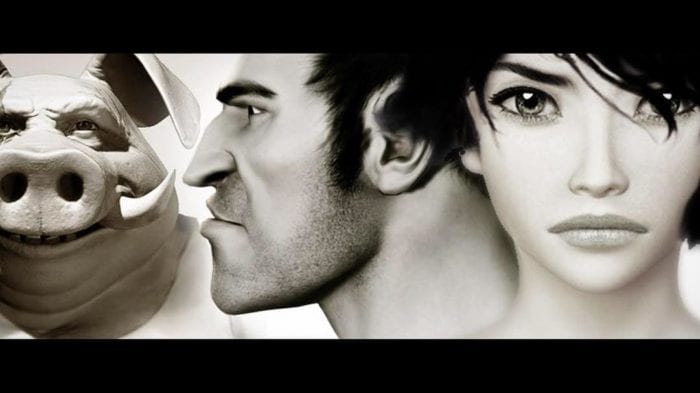 Following a series of very blatant hints on social media from creator Michel Ancel, Ubisoft officially announced it was actively working on the game again a few weeks ago. Now, Ancel has returned to his Instagram account to detail just what exactly the hold up was.

Ancel posted the above image of characters from the 2008 build of the game and revealed that it “was playable with many prototypes.” All of these builds were plagued by “technical issues,” however. The problems were so bad that the team decided it would put development on hold and work on the Rayman franchise rather than create a Beyond Good & Evil follow-up that wasn’t “the game of our dreams.”

Further, many of the features Ubisoft Montpellier wanted to put into the sequel were originally envisioned as being part of the first game, which released in 2003.

“We wanted planet exploration, space travel, cities,” writes Ancel. “All this was also supposed to be in BGE 1.”

Their exclusions didn’t stop Beyond Good & Evil from becoming a critical dandy or from inspiring a cult following. Fans have been asking for a sequel for years. And although we still don’t know whether or not that’s what this next game is, we at least do know there is a next game, though when it will arrive is anyone’s guess. And while Ancel doesn’t see development wrapping up and the game releasing any time soon, he sounds pretty excited about where things are headed.

“We still have loooooots of work but now the tech is ready and the team is fantastic!”