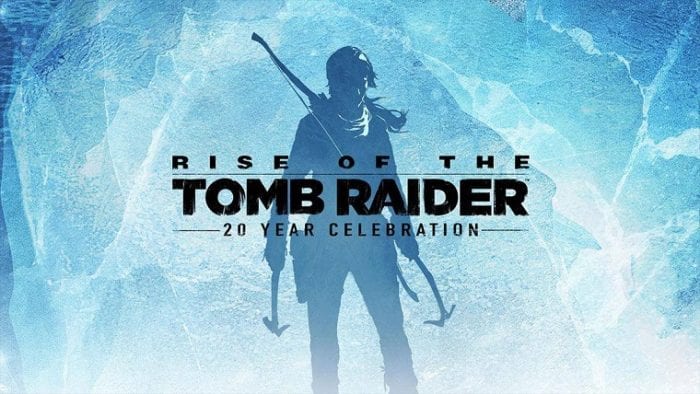 Rise of the Tomb Raider is finally hitting the PlayStation 4 tomorrow as a 20 Year Celebration Edition, and with nearly eleven months since the game’s original release on Xbox One last year, developer Crystal Dynamics is looking to end the timed exclusivity with a package that will make PS4 players feel it was worth the wait.

Speaking with Twinfinite at New York Comic Con, Crystal Dynamics Senior Community Manager Meagan Marie said the team wants to make “something incredible,” something that pulls together not just all past DLC content, but also pieces from Lara’s past. The 20 Year Celebration Edition bundles the existing DLC with a new single player story called Blood Ties, a co-op endurance mode, as well as a Nightmare mode. PS4 players will also receive Extreme Survivor difficulty, five classic Lara skins, and an outfit paying homage to her Tomb Raider III Antarctica story.

“When we knew that we would be releasing the PS4 version this year and it was the 20 year anniversary, it seemed like a really awesome opportunity to make this a huge release and to add a bunch of new content,” said Marie. “So that’s what we did.”

“We obviously wanted to include all of the Season Pass content and all of the past outfits and things that had already been released, but it was really just additive. The 20 year anniversary celebration just marked this perfect opportunity to do something very nostalgic, and that’s why we have things like the retro skins that we’ve included and re-imagining the Tomb Raider III outfit for Antarctica for Reboot Lara. So we have all of these things in there that are very nostalgic, but they make sense and fit into the new reboot universe.”

All of this content will be coming to the Xbox One and PC versions as well, which is where VR comes in. PSVR owners will be able to experience the Blood Ties mission in virtual reality, which Marie notes will be “packed” with nostalgic content.

“Ultimately, we do feel that we’ve made the best Tomb Raider game we’ve ever made, and so that’s something we’re very happy with, the reception of that,” she continued. “But obviously, you know, that the PS4 fans have been waiting for a long time, and something with the 20 Year Celebration was making sure we knew that they felt like it was worth the wait. And that’s one of the reasons we threw so many resources behind making the content, adding so much value to the content so that it feels like a new release.”