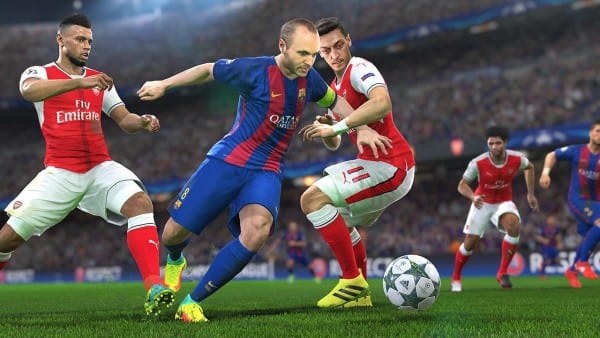 FIFA 17 not only made it’s 2017 debut at the top of the UK Games charts but it also reportedly set a franchise record for sales in its first week on the market. The FIFA games have long been immensely popular, especially in Europe but it appears the additions EA Sports made to this year’s edition were significant enough to boost sales by 18 percent, year over year.

Eurogamer reports the jump in units shipped was enough to push FIFA 17 past the previous high water mark for the season, FIFA 13. It appears debuting just ahead of what is going to be a steady stream of brand new AAA games helped with sales as well.

Another new title out last week in Forza Horizon 3 saw decent sales numbers as well but couldn’t quite push past FIFA 17. BioShock: The Collection which had been the holder of the top spot for two straight weeks took a bit of a tumble to fourth place while Lego Star Wars: The Force Awakens saw a rather surprising jump from ninth on the charts a week ago, to third this past week.

The third big game which released last week was a console port of XCOM 2 for the PS4 and Xbox One. The sequel to the popular alien invasion turn-based strategy game launched way back in February. While Firaxis had originally claimed they had no interest in making a console version of its newest title, they eventually bent to public pressure.

As it turned out, the demand for a PS4 and Xbox One version of XCOM 2 wasn’t high enough to beat out FIFA 17 as it finished a distant fifth in sales in the UK this past week.