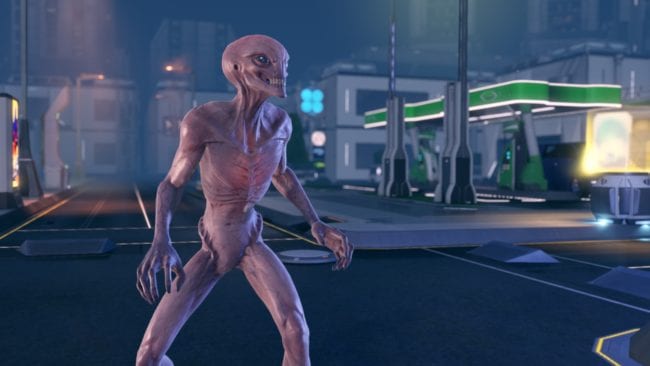 XCOM 2 released last February to rave reviews on PC, but now Firaxis has finally brought the game to consoles. With the game available today on PS4 and Xbox One, a whole new set of gamers get to experience the nail-baiting tension of fighting off the alien occupation.

Marking the release of the console version, Lead Producer Garth DeAngelis took a chance to reminisce about the developer’s time with the rebooted series. Speaking with the PlayStation Blog, he says, “Taking on the XCOM series has been an exhilarating and wild ride from the beginning… To make sure everyone on the team felt the magic of the original, every developer sat down and played UFO Defense together. It was an extraordinarily fun time to be on the project, and was the beginning of this special team collaborating with each of their individual talents.”

Following the success of Enemy Unknown and its expansion, Enemy Within, Firaxis had a new hurdle. “We were floored by the response to Enemy Unknown and were even more excited to continue to develop the series,” DeAngelis says. “We felt we found a smart balance between the old and new for Enemy Unknown that fans enjoyed playing, but designing XCOM 2 had a whole different set of challenges. How do we reinvent a game that was a reinvention of a classic?”

Eventually the team settled on the central throughline of XCOM 2: You’ve failed. The world has been taken over, and now you have to lead a resistance movement. “XCOM 2 couldn’t use the established canon of UFO Defense; we had to start fresh with new ideas to really make the franchise our own and create a true sequel. We found the idea of starting the story after losing the original game incredibly inspiring to build a new world upon.” he says.

“It was a fascinating challenge developing a fresh, but familiar world, polishing the tactical mechanics, and establishing a new open-ended strategy layer.”