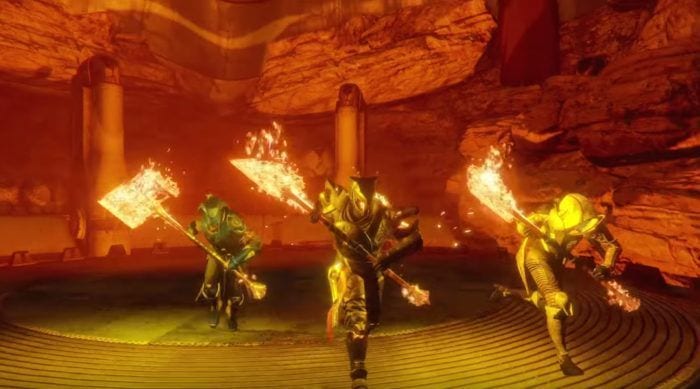 Three players by the name of xDom, Epicookiez, and sc Slayerage have already beaten the Wrath of the Machine Raid from the Destiny Rise of Iron Expansion. It is recommended that a group of six should be formed before attempting the raid, but this clan completed it with a team of three. However, the three players were all above the recommended light level of 370 as they were level 375, 382, and 380. Despite their levels, the fact that it took only three players to complete it makes this a great victory for their clan.

The run itself took around three and a half hours and you can see gameplay of the raid on The Legend Himself YouTube channel. The video is edited down to around 49 minutes to remove some of the more repetitive moments.

The Legend Himself YouTube channel has other Wrath of the Machine gameplay footage along with other video game related content. Now excuse us, as we continue to let Rise of Iron eat our lives.