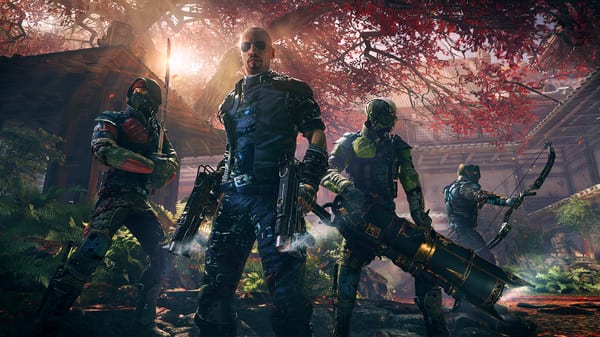 The release date for Shadow Warrior 2 has long been talked about and hinted about but there is finally an official listing, at least for the PC. Devolver Digital and developer Flying Wild Hog have put out a brand new trailer for the game and it was in this trailer that the release date was revealed.

While we still don’t know when Shadow Warrior 2 is coming to the PS4 or the Xbox One but we do know when it’s coming to PC. The new video, hilariously titled “Who Wants Some Wang,” starts off showing the over the top action the first Shadow Warrior game had and the second game promises to ramp up.

After about a minute of blood, guts and sword slicing action, the title’s release date is revealed at the end of the trailer as Oct. 13 on PC. Along with that release date, some preorder perks were announced. Those who order the game on sites like Steam are going to be able to get their hands on the Razorback Katana combination chainsaw and sword.

The in-game bonus isn’t the only thing that will come along with pre-ordering on Steam. Those who purchase Shadow Warrior 2 will be able to save 10 percent on the purchase price.