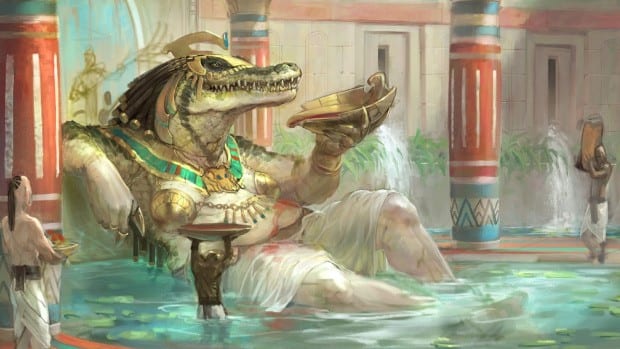 Are you a fan of MMORPGs and blind auctions? You might be in for a treat thanks to RuneScape developers Jagex, who have revealed a new feature entitled Bank Bidders.

This will allow players to bid on banned players’ items in a police auction-style fashion, which could unveil treasures or useless trinkets for you to bid on. The feature was announced during RuneFest, the annual event taking place in London this past Saturday, where RuneScape lead designer Dave Osborne explained:

“We’re only going to tell you a little bit about these accounts. We’re going to tell you maybe the age of the accounts, what they liked to do, maybe their skill levels, and then we start getting you – we’re still talking about it, maybe there’s a raffle system, maybe it’s a bidding system, but ultimately one of you will win that account and whatever is in it.”

Whether or not these items will raise any legal questions is yet to be seen, in a system inspired by TV show Storage Wars where bidders will attempt to purchase inventories as a job lot, with the only information being the banned player’s age and reason for said banning. Bank Bidders is set to launch sometime in November.