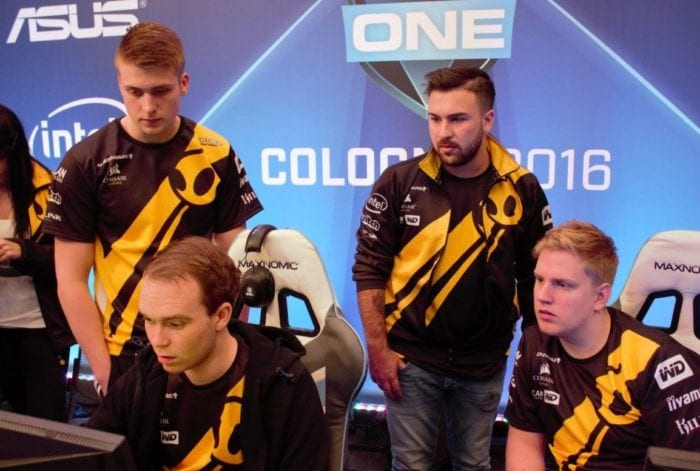 Dignitas and Apex will merge together under the deal, going by the Team Dignitas name. Apex previously competed only in League of Legends, while Dignitas fielded teams for Counter Strike: Global Offensive, Overwatch, Heroes of the Storm, Smite, and more.

“The attractiveness of this deal is as much about the people as it is the opportunity,” said Philadelphia 76ers CEO Scott O’Neil in the release. “Bringing together gaming industry luminaries including Greg Richardson, Michael O’Dell and David and Michael Slan puts us on track to build the most respected and dominant franchise in the eSports space, spur fan engagement and reimagine corporate sponsorship to create a vibrant, global e-arena where the greatest players in the world aspire to compete.”

Sixers management will run Dignitas’ business operations, leaning on their experience in sponsorships, sales, branding, digital marketing, merchandising, and publicity. But the NBA team won’t limit its role to just the business side of things; it also plans to get involved in player recruitment, development, and wellness.

Still, that running an esports team requires some different skill sets and expertise than a basketball team is likely to have is a fact that wasn’t lost in the Sixers. O’Neil told ESPN that the team was “smart enough to know what we didn’t know,” which is why they brought on Richardson to serve as the team’s chairman. Richardson’s background includes stints at BioWare, Electronic Arts, Eidos, and other gaming and tech companies.

“We intend to build a fan-first team that aspires for excellence in all aspects of the business from attracting premier playing talent to building out merchandising, sponsorships, and broadcast rights,” said Richardson in the team’s press release. “The eSports market was started and built by its players and fans, creating one of the most vibrant and passionate communities anywhere.”

While the Sixers are the first North American team to get into the esports scene, German soccer club Schalke 04 beat them to the punch on the world stage. Schalke 04 bought up European League of Legends team Elements back in May.