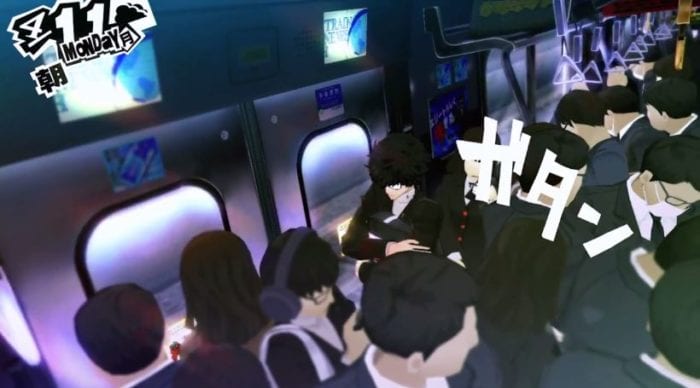 Atlus has released yet another gameplay video for Persona 5, because they haven’t released enough of these already, and we can always do with more Persona 5 in our lives. This time, we get to see the game’s protagonist taking the train in town, and reading a book to pass the time. You can check out the new gameplay video down below. Of course, best cat Morgana shows up here too, as usual.

While it wasn’t shown in the video, past Persona games allowed you to get a slight stat boost from reading certain books. The video didn’t show off any boosts, but it’s possible that these stat gains can only be obtained after you’ve finished reading a book. When we got a look at the game back at E3, Atlus also revealed that you didn’t have to take the train to get to other areas in the city, you could walk as well.

Persona 5 is set to be released for the PS4 and PS3 on February 14, 2017 in North America and Europe. Deep Silver will be publishing the game in Europe. It will be released on September 15 in Japan.