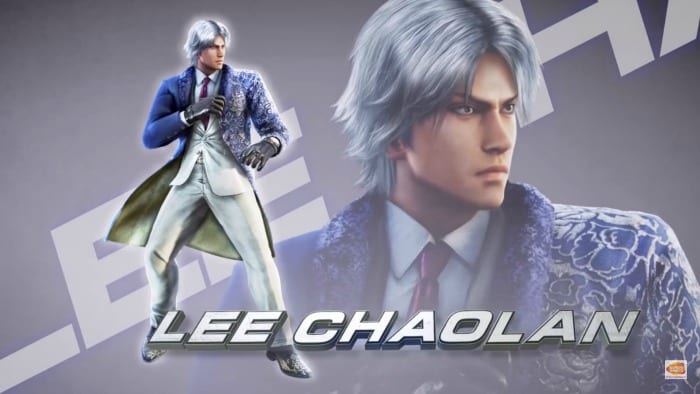 Tekken 7 is getting the addition of a much-beloved character to the already announced roster. Bandai Namco released a new video which confirmed Lee Chaolan is being added to the game. That wasn’t the only piece of good news divulged in the video.

In addition to Lee, Tekken 7 is also going to be featuring Lee Chaolan’s alter ego, Violet. As with most of the characters in the game, Lee Chaolan has made an appearance in several other titles in the series.

In fact, this particular character is one of the originals, making his first appearance in Tekken. Since that debut, he’s made an appearance in every game in the series except for Tekken 3. The alter ego, Violet was a playable character in Tekken 4 and Tekken Tag Team Tournament 2.

The announcement trailer follows a pattern Bandai Namco seems to be sticking with recently. It was exactly a month ago the company announced two other additions to the roster. Bob and Raven were shown off in their own videos very similar to the one which confirmed Lee Chaoalan is the newest addition.

Tekken 7 is expected to be released for PC, PS4, and Xbox One in early 2017, though an official release date is not yet known.