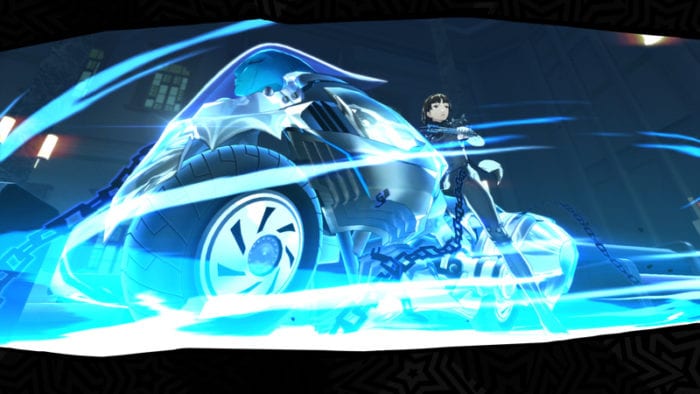 Atlus has updated the official Persona 5 website with some new character artwork and in-game screenshots. The artwork shows off some of the party members decked out in their Phantom Thief garb, which is what the gang wears each time they enter the dungeons through the Palaces app on their phone.

We already knew that battles looked hectic as hell in the game, but the website’s also been updated with new screenshots that show the color pops that come with it. You can check out the new artwork and screenshots in the gallery down below.

In addition to that, the site also revealed some extra information about your party members. Here are the details, translation courtesy of Gematsu:

Although also main characters, the following characters are also available as Cooperation Characters:

Cooperation Characters are some of the various people that the protagonist and friends will meet, whether in school or in the city, who possess special abilities and skills. Their interests will align with yours, and by building up a relationship of mutual trust, you can establish a cooperative “Co-Op” relationship with them. By deepening your bonds with cooperation characters, you can use their abilities to better go about your life as a Phantom Thief.