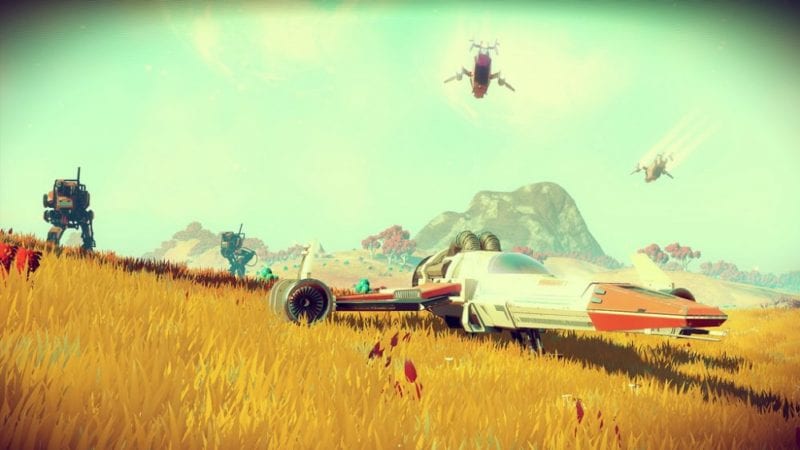 Today in a Reddit AMA to answer questions from fans about No Man’s Sky, Hello Games founder Sean Murray revealed that the studio is already working on an unannounced “small experiment.”

The topic of future projects for Hello Games arose after a Reddit user asked about post-launch support for No Man’s Sky. “Initially I think we’ll all be supporting NMS. But there are other ideas we’ve got rattling around in our heads too. I think video games is just such a largely unexplored field. There’s very few studios that pull off the two game thing, but supporting one game and then kicking off something new – that’s doable right,” Murray said.

“Sh*t, I just remembered, we’ve got another thing we’re already working on that’s unannounced. It’s a small experiment, but hopefully you all might like it :)”

Murray gave no details about the experiment beyond its existence, but he did touch on what kind of studio he’d like Hello Games to be in the future. “Maybe we can be the Johnny Depp of studios 😀 – do a mixture of big stuff and indie stuff? :D”

In the same AMA, Murray also revealed the timetable for when we can expect No Man’s Sky to release on PC this Friday. So what are we left to think of this unannounced project? Is it an entirely new game, or perhaps No Man’s Sky VR? I’m holding out for Joe Danger 3.