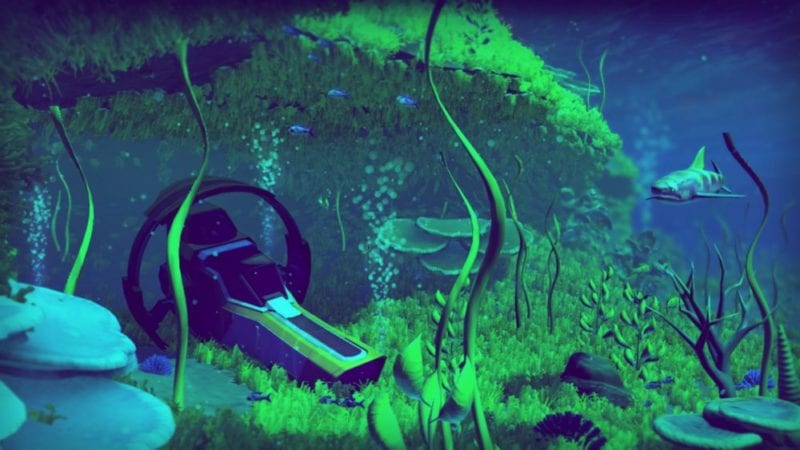 Today, during a Reddit AMA, No Man’s Sky creator Sean Murray revealed a rough timetable for when we can expect the PC version of the game to release, as well as the reason behind the three-day delay from the PS4 version.

“The reality is that we’re still here working on it right now. There’s no conspiracy, we’re just racing to get all the extra options and stuff we want. PS4 comes out tomorrow and we’ll just try to pretend it’s a normal work day! Best guess right now is 6pm GMT on Friday, but we’ll keep you up to date as we get closer,” said Murray.

Murray added to that comment by recounting a recent story while developing the PC version. “I’ll tell you a funny story about PC. I was here late yesterday, and I had to take a break and do an interview with Playboy (!) – and the guy was like ‘what are you working on when you go back downstairs?’ and I was like ‘compatibility for ATI opengl drivers’, and he said ‘ummm…. could you make something up. That sounds pretty nerdy’. I always knew I wasn’t Playboy article material :)” he said. It’s okay Sean, we think you’re cool.

The bit about Hello Games still working on the PC version to get all of the “extra options” in the game indicates that this likely the main reason behind the PC version delay. And for those in the US, the 6pm GMT time frame equates to releasing on Friday around 11am PST and 2pm EST. That’s a bit later in the day than a PC game typically unlocks, but it makes sense when considering how close to the cuff they’re moving with it.

With No Man’s Sky just on the horizon after three long years of waiting, we recently took a retrospective look at the game, and covered everything you need to know before jumping into it tomorrow.