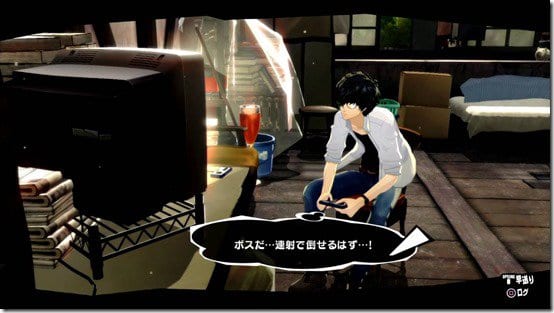 Atlus has released two new Persona 5 gameplay videos showing off even more of what there is to experience in the upcoming JRPG. In these two videos, we get a glimpse of a rather basic-looking crafting system – it might be basic, but it’s still a new gameplay mechanic, as far as the Persona games are concerned. The protagonist is seen crafting a lockpick and a Goho-M. The lockpick is likely used for unlocking doors in dungeons, while the Goho-M allows the entire party to immediately escape from the dungeon. You can check out the video below.

The other gameplay video shows off the protagonist playing a video game called ‘Star Forneus’ in his room. For those familiar with the Shin Megami Tensei games, Forneus is the name of a demon that you can recruit. It also makes an appearance in past Persona games. By playing the game, and tapping a button rapidly to hit a benchmark, the protagonist can potentially level one of his character stats up.

Persona 5 is set to be released for the PS4 and PS3 on February 14, 2017 in North America. The game will be coming to Japan on September 15.