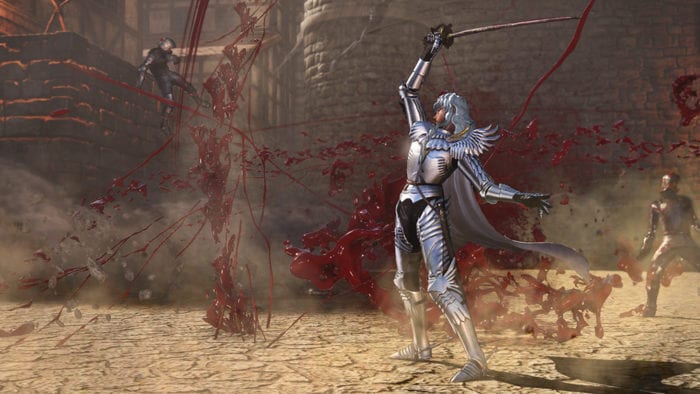 Koei Tecmo and Omega Force have released another character trailer for Berserk, and this time, we get to see the leader of the Band of the Hawk in action. You can check out the trailer down below.

For those who might not be in the know, Griffith was an important character who appeared in the Golden Age arc of the manga, and was the leader of a strong mercenary group. He met Guts when he was younger, and convinced Guts to join up with the group. He took on a slightly different role and name after the end of the Golden Age arc. The game will cover the Golden Age arc, the Conviction arc, and the Millennium Falcon arc.

Berserk is set to be released for the PS4, PS3, and PS Vita in Japan on October 27. The game has also been slated for a fall release in North America for the PS4, PS Vita, and PC via Steam. The game is being developed by Omega Force, and will be published by Koei Tecmo.