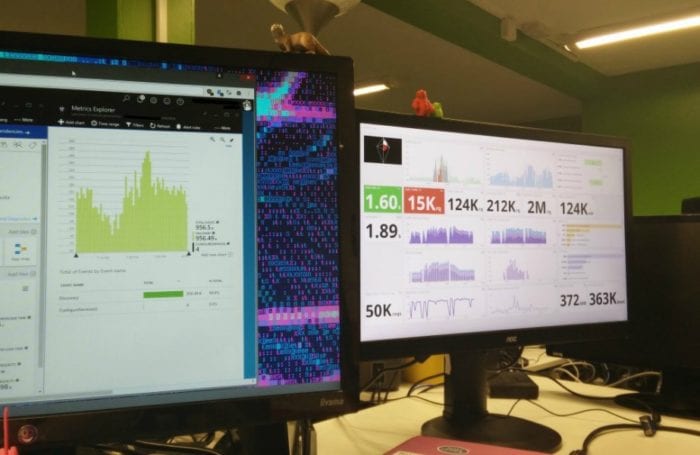 When it comes to the point of playing No Man’s Sky, discovering things no one else has discovered is right up near the top of the list. It shouldn’t be that surprising then that on the first day the game was available, players were going out of their way to make sure they discovered as much as possible.

Hello Games pointed out just how fast players were making discoveries with Sean Murray taking to Twitter to show the spikes in discoveries. Along with a picture of the team’s monitors showing the upticks, Murray posted the caption “There were over a million discoveries posted in the last hour… and it’s increasing…”

WHAT IS GOING ON!!! pic.twitter.com/J9ZcNmbPOU

Murray added, “what is going on?!” for emphasis. Clearly, the development team is quite excited about how popular No Man’s Sky has been on launch day. Despite talk about server problems when the clock struck midnight on launch day, things seemed to work just fine by dawn.

A million discoveries in just an hour is even more impressive when you take into account the game isn’t on both of the platforms it’s supposed to be. No Man’s Sky was originally supposed to launch on the PS4 and the PC on the same day, but Hello Games had to push the PC launch back again. Murray has said they are shooting for a launch right around noon Eastern on Friday, August 12 for the PC version.